How is it that a Jewish rebel in a tiny, dusty outpost of the great Roman empire is still the most controversial figure over 2,000 years on?

I find it mind-blowing that whole civilisations have risen and empires have fallen and yet it’s the noble kings we remember, it’s not Caesar or the mighty Roman governors we talk about: it’s this guy Jesus…

Why is He so controversial? How has He become so influential even to this day?

This-thirty-year-old-something walked around the desert helping the blind to see again, making the cripples walk again and claiming to be the son of God.

He said crazy things like “I am the way, the truth and the life” and “No one gets to the Father but through me.” (See John chapter 10)

I think if Jesus had not been crucified and come back from the dead, we wouldn’t even know His name.

It’s the historical event of the resurrection that has changed and continues to shape world history.

So let’s take a look at the evidence and investigate the facts surrounding the his resurrection and the reasons why I know Jesus actually rose from the dead.

Reason 1. Jesus Told Us He Would

Jesus was always very upfront and direct about his upcoming crucifixion and resurrection.

He said “The Son of Man must suffer many things and be rejected by the elders and the chief priests and the scribes and be killed, and after three days rise again.” (Mark 8:31; Matthew 17:22; Luke 9:22).

Even Jesus’ prosecutors said “Sir, we remember how that impostor said, while he was still alive, ‘After three days I will rise’” (Matthew 27:63).

Reason 2. The Tomb Was Empty On Easter Sunday

Our second proof is found in the earliest recorded written evidence which says this:

The Roman guards support this in Matthew 28:13 when they said the dead body of Jesus could not be found:

“When they had assembled with the elders and consulted together, they gave a large sum of money to the soldiers, saying, “Tell them, ‘His disciples came at night and stole Him away while we slept.”

There are four possible explanations to account for this.

a) His prosecutors steal the body? If they did (and they never claimed to), then surely they would have produced the body to stop the successful spread of the Christian faith in the very city where the crucifixion occurred.

They didn’t produce the body because they didn’t have it.

b) His friends and disciples stole the body? This was an early rumour but is it possible? They would have had to get past and overpower the two Roman soldiers.

And how could they preach with such conviction and authority that Jesus rose form the dead if they knew He really had not? Would they have then gone through torture and risked their lives for the sake of a lie?

c) Perhaps Jesus wasn’t properly dead, just unconscious in the tomb? Maybe He awoke, removed the stone, overcame the soldiers, and vanished from history after a few meetings with his disciples in which he convinced them he was risen from the dead.

Even those who hated Jesus the most did not try going down this path.

He was obviously dead – the Romans definitely made sure!

Elizabeth and Mary, Jesus’ aunt and mother, were standing looking up at the cross, they saw everything that happened. They knew He was dead.

Another important note here is this massive stone closing the tomb could not be moved by one man from the inside, especially a man who had just been stabbed in the ribs with a spear and spent six hours nailed to a cross.

d) Jesus really did rise from the dead. This is what Jesus said would happen, it’s what the disciples said did happen.

Are we at risk of jumping to a supernatural explanation because we can’t explain it any other way?

Reason 3. The Disciples Totally Changed After the Resurrection

After the crucifixion the disciples were devastated and absolutely terrified – that is, until the resurrection.

Reason 4. Paul and 500 Other People Saw the Risen Christ

Paul claimed that not only had he seen the resurrected Jesus but that 500 others saw Him as well.

Most of them were still alive and present when Paul made this public claim:

“Then he (Jesus) appeared to more than five hundred brothers at one time, most of whom are still alive, though some have fallen asleep” (1 Corinthians 15:6).

What makes this so relevant is that this was written to Greeks in Corinth who were cynical, when many of these witnesses were still alive.

Any one of those people could have something which would have been a risky strategy.

Reason 5. We Have First-Hand Eyewitness Accounts That Would Stand Up In Any Court of Law

When a witness has died, all we have to go on is the written account of what he said and what others said about him.

How do Peter and John and Matthew and Paul stack up?

Read what these men wrote and anyone with common sense can see they aren’t deceived or deceiving.

Their personal commitment is sobering; they lived out what they said.

Their teachings are intelligent and coherent and do not look like the invention of unstable men.

The moral and spiritual standard is high and the lives of these men are totally devoted to the truth and to the honour of God. They died for what they believed in, they had seen what happened and were convinced.

“Then Saul (Paul), still breathing threats and murder against the disciples of the Lord, went to the high priest” Acts 9:1

Paul writes in his later to the Galatians (you can read it in Galatians 1:11-17) that his gospel comes from the risen Jesus Christ and not from men.

His argument is that before his Damascus Road experience when he saw the risen Jesus, he was violently opposed to the Christian faith, but now, much to everyone’s amazement, he’s done a 180° turn and now he’s risking his own life to tell people about the resurrection.

His explanation? The risen Jesus appeared to him and assigned him the mission of telling the world of the Jesus the resurrected Christ.

The Only Plausible Conclusion 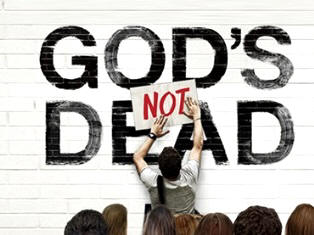 The resurrection is not some story passed down from generation to generation, not written until centuries later.

The events surrounding the death and resurrection of Jesus are well documented – the Bible is not a book full of hollow statements but supported with contexts of historical events, details of people, places and conversations written by first hand eyewitnesses not long after the events took place.

Who is Jesus? A man who was just a man and walked around claiming the sort of things Jesus did would not be a good moral teacher.

He would either be a liar, a lunatic or…telling the truth.

In a conversation with his disciples Jesus asked,

The disciples said, “Some say John the Baptist, some Elijah, and others Jeremiah or one of the prophets.” He said to them, “But who do you say that I am?” Simon Peter answered and said, “You are the Christ, the Son of the living God.”

You can call Jesus a madman or you can fall at His feet and call Him Lord and God, but you can’t get away with any nonsense about Him being a good moral teacher. He has not left this as an option.

Christianity is not a set of beliefs or rules and  it’s got nothing to do with religion – it exploded out of the resurrection event: the worldwide church exists today because Jesus really rose from the dead.

There’s no grace or burial site for Jesus and they’ll never find His bones – because He rose from the dead.

It actually happened and everybody knew it.

So I guess the real question now is, what does that mean for you and what you gonna do about it?